A reception will be held for the newest exhibit featuring antique and vintage toys that span the decades from 1800s to more recent days.  Tonka trucks, Turner toys, porcelain and celluloid dolls, sleighs and sleds, games and books.   Fun to look at and to remember the carefree days.
Posted by Littleton Historical Society at 10:56 AM No comments: 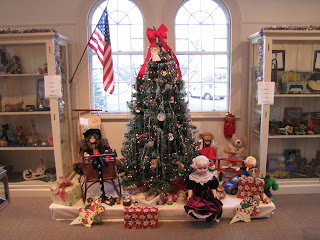 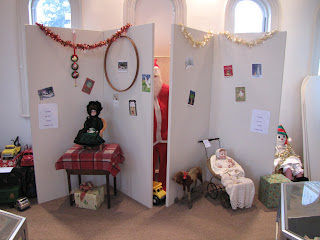 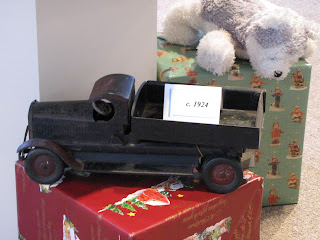 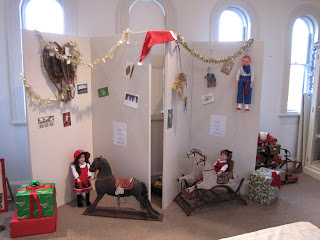 Littleton is set to celebrate its tercentenary in 2014 and the Historical Society plans, with your help, to publish a history of the town.
Several topics have been completed but there are many more to do.   Stop by one of our future meetings and find out how you can help.
March 1
April 12
May 3
June 7

February 1890-  "A little book is being circulated in the schools, signed by teachers and pupils, endorsing the following resolutions:
1.  That we interest ourselves in the suppression of the evils of alcohol, tobacco and profanity.
2.  That we abstain from these evils as far, and as long as possible, and by word and example encourage others to do the same.
3.  That, with the selectmen's consent, these resolutions with the name attached, be placed in the town safe, not to be opened until Jan 1, 1900.
Then steps shall be taken toward holding a reunion, when each and everyone may respond to the question, "Hast thou done what thou couldst in the past ten years?"

February 1890- "  A grand concert and ball will be given by the people of Littleton in the town hall, on Friday evening, February 21.  Music by Bird's orchestra of Marlboro, six piece.  This is the event of the season"

February 1890- "Do we live in an era of christianity, common sense and decency?  It seems not.  One of our most popular groceryman has been boycotted and why?  Simply because he exercised the right of citizenship under an expressed desire of congressman Greenhalge to vote for a candidate for postmaster at Littleton Common.  Still another and worse yet, one of our most respected lady music teachers has felt the effect of the boycott and why?  Because one of her relatives exercised the same right as the groceryman.  Is there a God in Littleton, or shall the home missionary society send a missionary here to teach the precepts of christianity?"

February 1893-  "A trotting park is now claiming the attention of the leading turfmen in town, who are thoroughly in earnest about forming an association and locating a suitable place.

The tower,  for the immense tank, is being put up on the Conant & Houghton factory by a Boston man, and also the big freight elevator."

February 1927- "The minstrel show given in the town hall under the auspices of the Conant, Houghton Co and Emp. Co-op association and Loyal Nashoba lodge, I.O.O.F.M.U. Friday and Saturday evenings last, before capacity houses was a big success.  The outstanding feature of the show was the specialty by Hazel Alward, her dancing of the Charleston receiving two encores both nights and again a third time by special request in the second part of Saturday's program.   All of the other parts of the program deserve special mention.  The directors are to be congratulated on the success of their efforts on such a good show.  The director was J.C. Robertson; interlocutor Hugh White, assistant director William I. Goddard."

February 1927- "J.M. Hartwell is suffering from a bad carbuncle on his neck."

February 1927- "Some sixteen members of the Merry-Go-Round club were guests of Mrs. G. M. Sullivan last week.  The afternoon passed quickly with sewing, the serving of refreshments, and a social hour."

February 1932-  "The local police chief, John A. Sargent, was very active in the capture of a Maine rum-running machine last Tuesday morning about three o'clock.  Mr. Sargent who saw the car passing through town, was just starting in pursuit when two state troopers from the Lunenburg barracks, who had spotted the car in Harvard, appeared.   Mr. Sargent joined them and the chase was a hot one finally ending in Lowell when a newspaper truck blocked the street and the two rum runners were captured.  More than 100 gallons of alcohol was seized.  Chief Sargent and Patrolman John Craig of Lowell captured the men at gun point,  the state troopers car not being able to make the pace."

February 1932-  "Stop, look, listen.   these words seen so often at railroad grade crossings furnish some mighty good advice.  A good many hundreds of people have prematurely joined the great silent majority by failing to heed the warning they convey.  From the weeping, wailing and gnashing of teeth that come to us daily in our morning papers from cities in the throes of bankruptcy or approaching that condition.  It occurs to us these words would make a good slogan to post on the doors of every city and town hall in the country.  Probably, as in the case of the railroads, a good many people would go on disregarding the warning, but the advice is sound nevertheless.  A great many cities large and small are just now frantically calling on state or federal governments to help them out of the consequences of their own folly and evidently have some faith that help will be forthcoming.  We cannot see why a city or town that has conducted its business so recklessly as to bring it to the verge of bankruptcy shall be justified in calling on the the state or national treasurer to lend aid where sensible bankers refuse to do so.  A lot is said about cutting wages of public employees and slowing up on improvements, but not much abolishing useless jobs and cutting out graft.  These matters come too close to the gangs who run the politics of our cities.    It would seem that Uncle Sam, with the financing of Europe, satisfying the demands of the American Legion, releasing the frozen assets of the banking system of the country and carrying on the regular business of the government has about enough on his hands without going into the receivership business for bankrupt municipalities.  Let the wealthy citizens dig down for their local government as they of Chicago so recently did to the tune of $220,000 to secure the democratic national convention for this year.  We recall we paid an extra dollar on the poll tax this year, have paid gas tax to the state, excise tax on the old car, registration tax, compulsory insurance tax, and we think also a tax on the tenement we occupy.  In common with the rest of our neighbors we pay an invisible tax for the support of the national government on everything we eat, wear, or otherwise use.   Littleton seems to be in pretty good shape in spite of the depression.  With a tax rate of $16 last year we were not entirely overwhelmed, and with ordinary prudence we ought to get along this year without outside help.  Economy without parsimony ought to be all we need ask.  We do not see any need of cutting the pay of our teachers or town officers, or making any drastic cuts in the ordinary activities of the town. While this condition of affairs is pleasing it should not encourage anybody to spring any grand and costly projects at this time.  The times do not quite warrant it yet.  It will be better to stop, look, and listen.   V.T.E. "

February 1962- "The Tenney's Corner homemakers' group met last Monday evening at the home of Mrs. Peter Lovejoy, King Street.  The group consists of housewives from the neighborhood of Tahatawan Rd, Foster St, and Mill Road.  The women send two representatives to the Middlesex County Extension Service in Concord to obtain informative material concerning the art of homemaking.  For this meeting Dr. Ellen Bell, Foster St, and Mrs. James Remaly, Mill Lane, attended a lecture on the purchasing and preparing of fish.  The group wishes to encourage other neighborhoods in town to organize similar Homemaker Groups and those interested may contact Mrs. George Curran, 143 Mill Road for information."

February 2002 -  "Fire Chief: Powder at Viisage is not anthrax.  A white powder found in an envelope mailed to a Viisage Technology on Porter Road this week has tested "negative" for anthrax, Fire Chief Alex McCurdy said.  McCurdy said yesterday afternoon that test results from the state Public Health Laboratory in Jamaica Plain indicated the substance was neither anthrax nor a health hazard.  McCurdy said the lab did not tell him what the powder was.  Viisage Technology develops and builds sophisticated security equipment used in airports and businesses nationwide including facial recognition devices currently being tested at Logan International Airport.   The envelope containing a white powdery substance was received just one day after Federal officials again urged Americans to be on "heightened alert" due to threats of an unspecified terrorist attack"
Posted by Littleton Historical Society at 2:44 PM No comments: